Longer hours, weekend service, increased frequency and convenient access to transit in the region’s major corridors are critical elements of a competitive and growing economy.  Successfully attracting a strong millennial workforce and new businesses requires an effective transportation system that provides various options to travel to work, school, entertainment, recreation and everyday services. The Central City Line in the Downtown corridor will be the first phase of fulfilling that need in the urban areas of Spokane County. 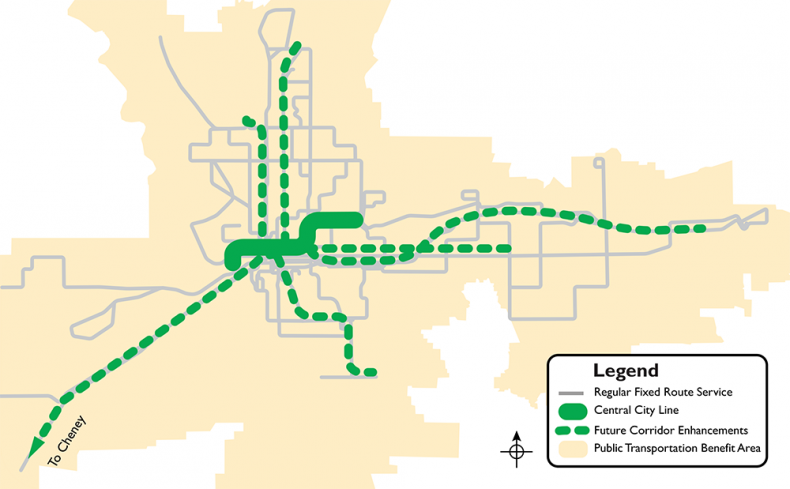 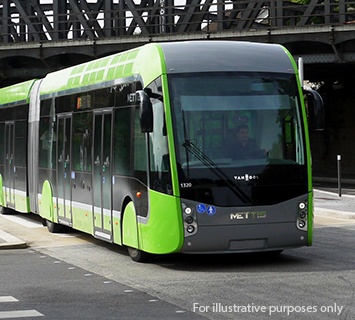 The Central City Line is a six-mile Bus Rapid Transit route connecting Browne’s Addition to Spokane Community College by way of Downtown Spokane and the University District. It will be a modern-style electric bus providing nearly 1 million rides per year. It will feature more frequent trips and convenient elements like pre-board ticketing, level boarding and improved stations with real-time signage, wayfinding and other amenities.

The concept of the Central City Line has been in design by community partners for nearly 15 years. It has been customized for the needs of Spokane, reflecting cost-effectiveness and flexibility. It will provide earlier and later service seven days a week – making it a viable transit option in the busiest commercial corridors, especially for commuters.

High quality rapid transit systems create positive economic impacts for communities. As a first installment for the region, the Central City Line is projected to increase land and improvement values by $175 million over 20 years.  Some examples of the project’s positive economic impact include increased foot traffic from higher density development, reduced travel times, and parking and traffic congestion mitigation.  Additionally, the Central City Line will streamline transit in the Downtown corridor and allow for other system-wide improvements, like more transfer stations outside of the city core.

Some funding for the Central City Line has already been allocated. To date, STA has received $3.5 million from state and federal agencies for planning and development.  In 2015, the Washington State Legislature approved $15 million for capital costs. That funding enabled the Central City Line to be in the federal pipeline for $54 million in additional capital grants.  It will also require $4.1 million a year in operating costs, which is comparable to other high ridership routes throughout Spokane County.  There are several options being discussed for how best to funding these ongoing operational costs.