E. Susan Meyer is the Chief Executive Officer of Spokane Transit Authority in Spokane, Washington, a position she’s held since 2005.

Susan earned an undergraduate degree in psychology and a master’s degree in business (MBA) from Eastern Washington University.

Susan is a committee vice chair of the APTA BRT Council and is a member of several others.  She also serves on the TOPS committee which recommends transit-related research projects (TCRP) for federal funding.

Her local civic work includes serving on the Spokane Mayor’s Economic Roundtable; Downtown Spokane Partnership Board; Spokane Regional Transportation Council Board; Dean’s Advisory Board at the EWU College of Business & Public Administration; and the Honorary Commanders’ Program at Fairchild Air Force Base.

Monique Liard has joined Spokane Transit as the new Chief Financial Officer, effective October 1, 2019. Her responsibilities include the operations and activities of finance, budgeting, accounting, auditing, forecasting, purchasing, payroll service, contract compliance, risk management and all other financial functions of the organization.

Monique has more than 25 years of experience in diverse industries that include manufacturing, healthcare, real estate and service companies. Most recently, she was the CFO of NxEdge, Inc., where she managed the finance, IT, supply chain and legal functions for this private-equity held group of companies. She has served as a CFO for the past 10 years, during which she gained extensive professional experience working with large organizations such as Caterpillar, as well as mid-size companies.

Monique and her husband recently relocated to Coeur d'Alene from Seattle to enjoy the quality of life in this beautiful region.

A native of Spokane, Karl Otterstrom joined Spokane Transit’s executive team in January 2009. Prior to joining Spokane Transit was a transportation planner with King County Metro with expertise in grants, long range planning and bus rapid transit. Prior to his work at King County, he held various professional positions, including work experience with the Federal Transit Administration.

Mr. Otterstrom graduated from Eastern Washington University, majoring in urban and regional planning. He received a Master of Urban Planning degree from the University of Washington and is a member of the American Institute of Certified Planners. He has been involved in a number of Spokane community efforts over the years including eight years as a board member of the University District Development Association inclusive of two years as the association’s chairman of the board.

Mr. Otterstrom’s first date with his wife, Kate, was in Seattle on a mild November Saturday, where they explored downtown and the waterfront by foot, streetcar and trolleybus. They are pleased to be in Spokane as they raise their young family.

Nancy Williams joined Spokane Transit in March, 2017. Previously, she worked at Embassy Management, where she was the Chief Human Resources Officer for three years.  Prior to her work at Embassy, she spent 18 years working for Safeway, Inc. as the Regional Human Resources Manager in the Seattle and Spokane areas.

Nancy is a graduate of the University of Washington, and through her dedication to the profession, earned her Senior Professional in Human Resources (SPHR) certification in 2010 and SHRM-SCP in 2015.

Nancy and her husband, Mike, have lived in Spokane for 17 years. They are kept busy attending their two daughters’ various sporting events, and enjoy spending a great deal of their free time hiking and skiing in the mountains.

Brandon Rapez-Betty was promoted to serve on the Executive Team in September of 2018 after filling the Interim Director position for a short period. He has been with the agency since March of 2014, and in that time has played an integral role in developing strategies to increase ridership and to communicate effectively with the public. He helped lead an award-winning public education campaign for the successful transit ballot measure that passed in 2016.

He has a Master’s degree in Urban & Regional Planning from Eastern Washington University, and a Bachelor’s degree in International Studies & Spanish Language from the University of Idaho. He also served as a U.S. Peace Corps volunteer in the Dominican Republic from 2005-2007. 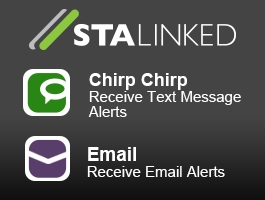